Have a look at this aircraft. I first became aware of its concept in the Anime cartoon feature film “Howl’s Moving Castle”. Then someone built it IRL. – I assume thats the order of it. I reckon it wants a tailplane, or a frontal canard winglet for stability purposes. Alternatively you could forgo the stability plane and just utilise a swept wing.

As you know I have been nerding-out big time on the P40. Here are some interesting artifacts of P40 lore.

And here are my latest 3 flights – I am getting some kills in multiplayer.

I shot down a Ju88 that was heading to a factory on the coast. The flight was cut short by running out of fuel. In the glide I tried to shoot down a second Ju88, but needed to be a bit closer before firing. Next time Ill basically take 80% fuel instead of the 40% I took on this long flight.

I have been practicing HARD in the P40. Here is 2 kills in a flight. They were about 4 minutes apart! And there would have been more! Next thing I am trying to figure out is how to turn the tables on a Bf109 in a dive – I think I have an idea I will be implementing.

A fairly swashbuckling dogfight. Starting at 14,000 feet, there are two Bf109s and they have Mk108 cannon. But I have a faster roll rate and a better high speed maneuverability.

So Bodenplatte BIG UPDATE will release very soon – probably one day in the next 10 days, since the release will occur in September and theres 10 days left.

The map will be HUGE. Its a Western Europe map and the radio voicovers will be all new and include British and US pilots for the first time. Also the draw distance for buildings and planes will be increased.

These things make Bodenplatte a WW2 combat flight sim game-changer. There has been a notion that flight sims are a niche market – My opinion is that there will likely be a increase in the popularity and player base.

Another big factor is that GPU’s, such as AMD and NVIDIA have been getting crazy strong and also dropping in price.

I cant wait to go on the map, it will be the biggest best WW2 map in a combat flight sim ever. Its something like 300x400km in size and unlike the (Excellent) Kuban map, which covers a lot of water, Bodenplatte is BIGGER than Kuban and covers mostly land – and not just deserted land like forest or desert – but populated areas full of big cities and so on.

And other stuff like all the planes now have 4K skins, single player Ai improvements, Multiplayer is getting very fun, tanks, WW1 bi-planes, the whole thing is just and amazing work of art at this point. 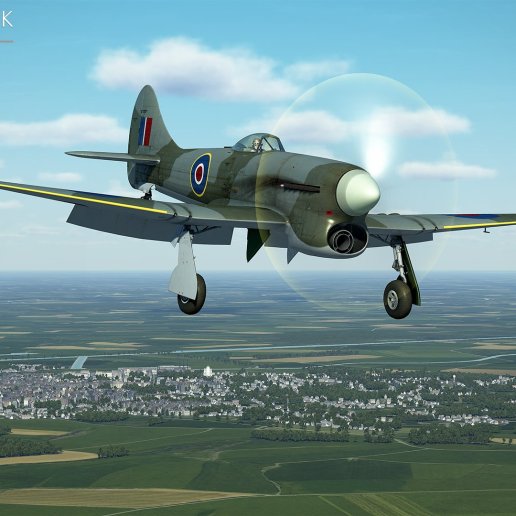 As you know, I have been flying these two planes the last few weeks and also the P47D when available.

Today I found, with around 40 set manifold, I could run the prop RPM at 90% for 890 seconds before engine damage.
The first 4-5 flights I get shot down for no kills. Towards the end flights, I got some better action and all in all I got 2 kills and 1 assist. The last 3-4 flights were probably the best. I bagged a black 109, then ;ater a Bf110 that was engine out and heading back to its base, then a assist on a 109 – which I basically killed, but it was scored as a assist.

A compilation of various P40 action.

This was a flight in a Spitfire Ia. Ive seen the Italian biplanes before, but I dont recall seeing Gladiators flying around in CLOD. Then again I havent played it much – especially multiplayer. I think they were all Ai though.

As you know, I have been flying these two planes the last few weeks and also the P47D when available.

Lately I am only flying the P40 and the P47D.
Now seeing my flights in external, I can see the cowl flaps are fully extended – didnt ever overheat, but would have slowed the airspeed.

My takeoffs are still edgy in this. Also she overheated from I forgot to open the radiator – I had closed it to see how long it would last before temp increase, but got side tracked by the Do17. Apart from those things I am more or less up and running with Spitfire in CLOD Multiplayer. Note this is 4.56 – it has some improvements. Such as the .303 audio and the Supercharger has a new whistle you can hear it on the Bf109 at the end.

An inglorious flight. BUT The engine didnt overheat so I got that down pat.

Note: The stream cut out. Was good while it lasted, thanks all who joined.

I have been flying two planes in the last few weeks: The P40 Kittyhawk in IL-2 GB and the Spitfire I, Ia and Ia 100 octane in Cliffs of Dover 4.56.

I think this is called TWC and it doesnt seem to allow track replay of external view! so we are stuck in the cockpit. This was some practice at seeing how long the engine of Spit Mk.1 can last at various settings. I believe I have the rads open full and I start off at a minimum power setting and then raise it to just below the redline and later balls to the wall and it lasted 2 minutes before shakes set in at that full power setting. I believe I have the prop at 70%. Overall a successful flight, so when there is some combat to be had, I may be able to do that now.

A brief flight to see CLOD Blitz. I saw a formation of Hurricanes, but they were Ai. A hour before I was on here and there was a big multiplayer battle – it was great.

Another experimental stream on CLOD. Some technical difficulties, quite fun none the less.

Familiarisation flight in the P47D. Seems this this plane was newly added to this server. I think it will be killa – once I get the hang of it. lol. At some point I realised the Supercharger was not on so switching it on made a noticeable improvement in performance. Apparently the plane turns well in a dogfight if flap deployed, but didnt get a chance to try this out. Also made it back to base with significant battle damage, probably just a fuel leak.

Started off flying the P40. Did well destroying trucks. At the end of this, I got a few 109 kills with the P47D.

There was an update, we are now at 4.56. Here is a PvP multiplayer flight.