Soon I will be acquiring Red Dead Redemption II. It is a Wild West cowboy game now on PC. I intend to play through all the game and man its going to be fun.

A big part of the genre is the Colt “6-shooter” pistol, invented by Samuel Colt.

Teenage Samuel Colt loved guns and owned a ‘horse pistol’. He firstly invented a kind of sea-mine detonated by tarred electric cable, which he wanted to sell to the navy,

In 1873 the M1873 Army Single Action “peacemaker” debuted. It was a ginormous .45 caliber 6-shooter pistol. It had some structural issues, – the frame stress fractured after a time. It was innovative because it utilised metal cartridges. 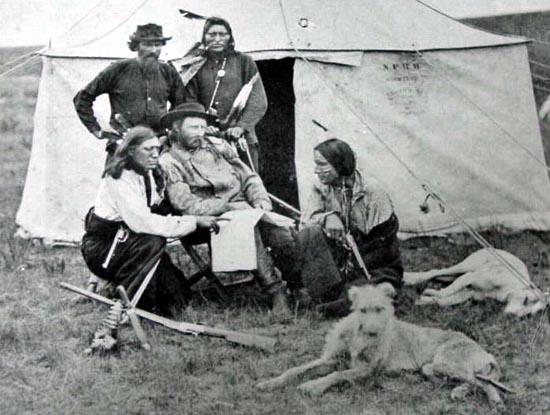 Before the peacemaker, Colt made some older-tech 6-shooters, such as the .36 caliber 1851 Colt Navy. It had paper cartridges, and required percussion caps be loaded onto nipples at the back of each chamber in the cylinder. It also had a built in ram rod to pack the paper cartridge and bullet firmly in place.

The Texas Rangers used the Colt Army in some cavalry battles with the Mexican Army, the weapon proved very effective in combat, because 6 shots as fast as you can pull the trigger – even from a pistol instead of a rifle, was better than basically single shot muzzle loaders of the time.

To illustrate why Colt’s pistols are so well known today, consider the prevailing technology of the day – it was called muzzle loading percussion lock and to compare it to a Colt 6-shooter is like comparing snail mail letters and stamps, to email.

Colt’s business rivals were often more like frontier blacksmiths with anvil tong and billow furnace, and a lot of specialised expert craftsman knowledge, to gunsmith a percussion lock smooth bore pistol, that although possibly good quality, could fire 1 round every 35 seconds under optimal usage. In reality of battle, muzzle loading guns were known to be found panic-loaded with several powder charges wads and balls in the barrel. Muzzle loading being a fairly challenging process, made problematic on the battlefield.

Winchester, Henry and many other brands are also synonymous with the Wild West days. Hickok45 reviewed all the RDRII guns, video below.

Kevin Costner – what a guy and what a movie. Also the EPIC sound track movie score by John Barry. In my opinion Dances with Wolves is one of the best movies in all cinema history.

Here is the movie “Shane” its not too bad.

Pale Rider is a very nasty movie, but it has some great aspects of the old West to it. For example, the depiction of mining. Mining is in my opinion part and parcel with the Wild West. I think the Wild West was in actual fact not so much about Ronin Samurai like roaming masterless gunslingers, but more about rapid development of primary industries such as mining and farming.

Not many people know that the Wild West is not unique to the USA, Im sure it was much the same situation in Canada and I know for a fact there are many aspects to Australia that meet the Wild West criteria.

In Europe metal detectorists can hunt around and find all manner of relics and treasures and war debris from multi-era human civilisation and conflict, but in Australia the detectable artifacts are basically from the old Colonial days – which is basically the Wild West.

At one point the bushland was inhabited by many thousands of gold miners hunting for their fortunes – and many actually found their fortune in gold. Today these regions are littered with old mines and ‘diggings’ and there are tangible signs of those times, for example old bottles – often with dateable text on them and lots of broken china plates and cups etc.

Here are some things in the Victorian Goldfields region called the Golden Triangle, you can see the date on the pottery is 1897. The china looks to be a piece of a cup or saucer. 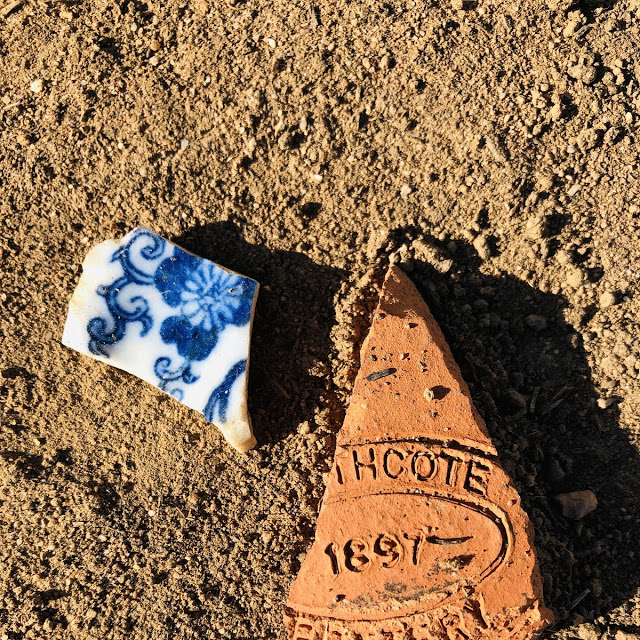 The World’s largest gold nugget the Welcome Stranger was found in 1869 in this region – it weighed around 70kg – approximately 150 pounds.

Here are the miners who found the gargantuan nugget: The best known/most infamous gunslinger of the Australian Wild West days was Ned Kelly. The unique thing here is that Ned Kelly made and wore a suit of armor into his gun battles.

The Story of the Kelly Gang Crime Drama 1906