Here’s the raptor prototype. It has a new-tech instrument panel and composite construction. The SUV-style cockpit concept is spacious and ideal for longer flights. 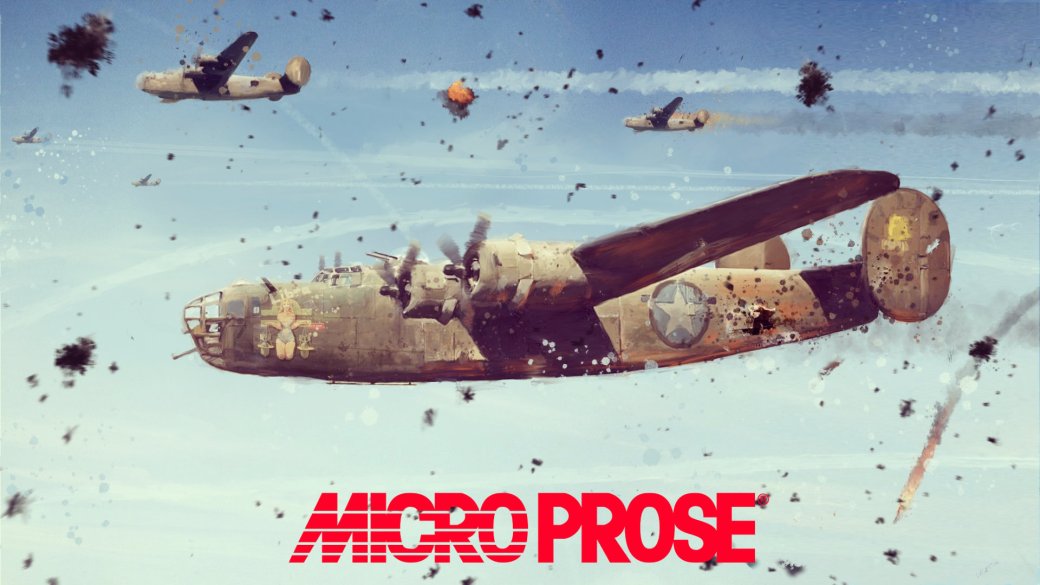 Microprose is doing something. Im not exactly sure what these are but it kind of looks like a flight sim. There is Task Force Admiral and then also theres a B17 game. You can also fly in a B24 as well.

After 3 years intensive combat flying in WW2 combat flight sims – here’s what a joystick should be in my opinion:

I would like to see manufacturers make joysticks specifically like replicas of the Mustang, Spitfire, Yak, FW190, A6M Zero, Bf109, KI-61, P47D etc etc. This is also not just larping, because there’s real usefulness in using the actual stick of the plane you are flying, because its MG or cannon button will correspond to the in-game actions.

Most used functions on WW2 planes that could be integrated into a joystick are: flaps, radiators, elevator trim, mixture and propeller pitch. These could be added to a joystick base by adding mini levers a bit like a throttle lever only smaller and more secondary and located at the front of the base.

Basically in combat you use the above mentioned things more than anything else. Of the hundreds of key combinations on combat flight sims – I would say 90% of the time I’m using only a few important things: throttle, gear, mixture, flap, prop pitch, water radiator and oil radiator. And trim. Therefore it makes sense to incorporate levers for those on the base of a joystick. Important distinction: NOT buttons, but levers. They must be levers.

Also I dont want these features on a separate physical unit. I want them all on one unit only. I dont want a separate throttle unit with a lot of levers and buttons on it. This is poor value, because it takes up a lot of valuable real estate on my desk and I cant have that. lol.  And then there’s cost, I don’t want to pay $500 for a combo of joystick and throttle units. I want a single great value compact and relevant-feature packed unit that looks like its out of any warbird that I want and I want it all for less than $200. And I want to be able to buy it anywhere in the World at any time and have it arrive no more than 5 working days later. 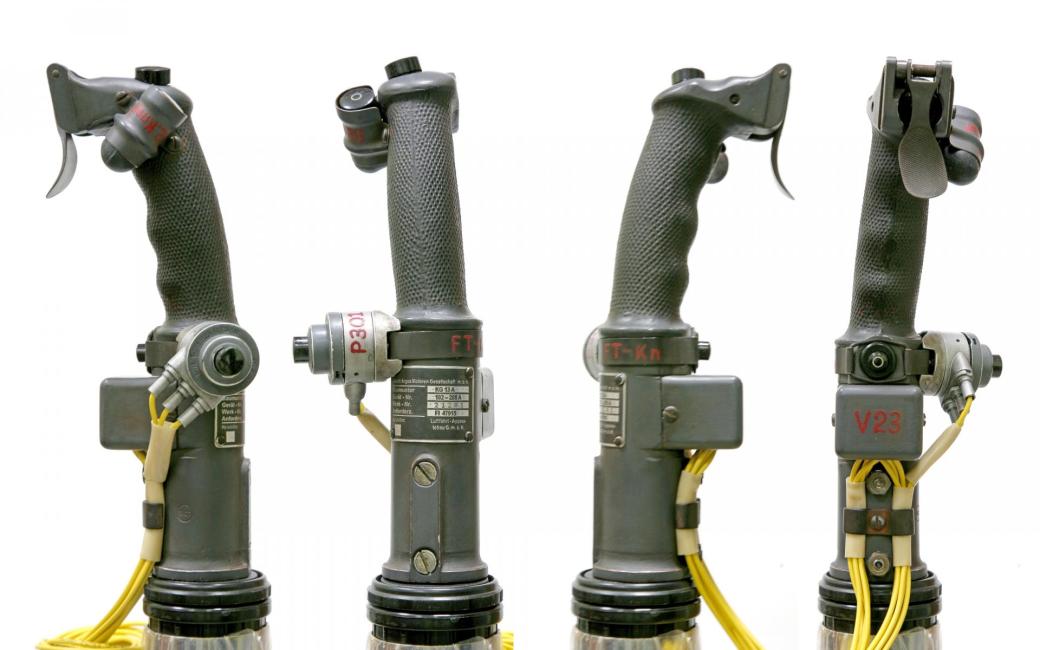 Some have interchangeable sticks so you get one device and change-out the grip as per what plane you are flying. Ie if you are flying a jet go the grip that looks like its out of a jet (There are many) and then change it out to a WW2 type. I’m a big fan of this concept.

Most joysticks up til now are kind of old school arcade genre – like meant to look like a computer game controller.

To me by far the most appealing concept is a WW2-looking joystick with built in throttle lever on the base and a twist grip on the stick for yaw axis. And a few buttons on the base to assign what you want there. But all this with the most important feature, which is that the stick/grip closely resembles a WW2 aircraft’s real joystick. 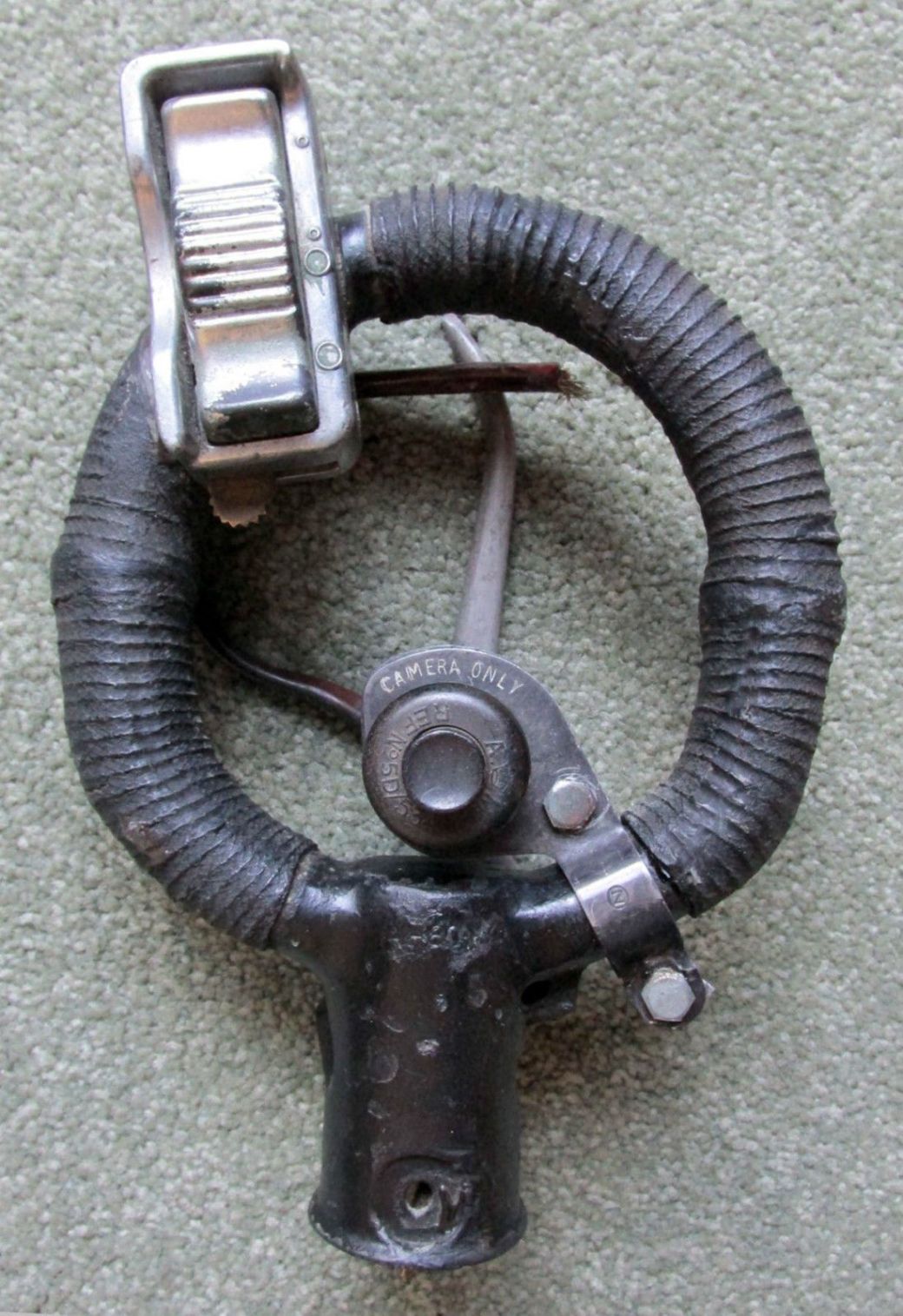 There is one stick that looked like this – I hope it is still in production – I cant find where to buy one very easily! – It looks like a Bf109 joystick. 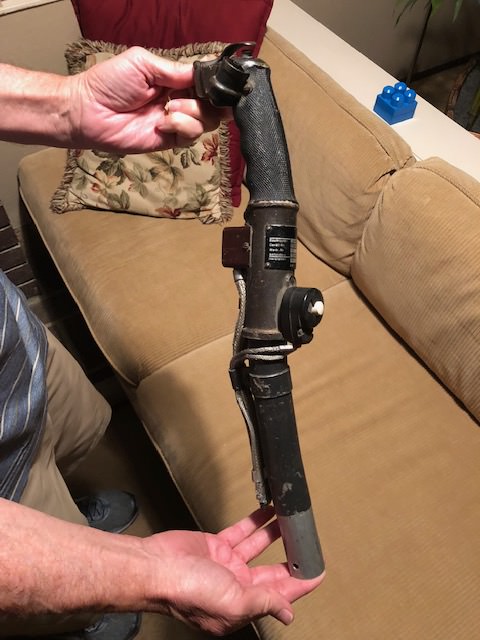 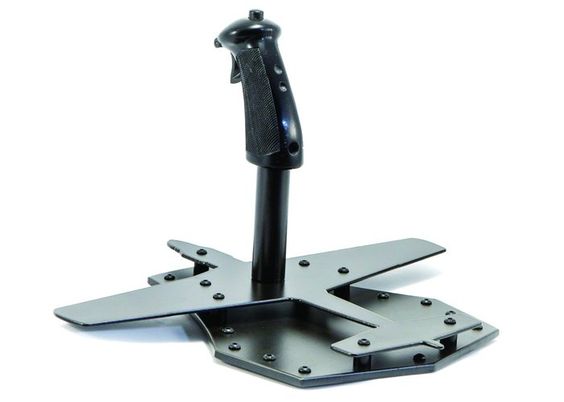 I really don’t need a joystick that looks like its out of a Star Wars Darth Vader space fighter. But to be honest it would be a BIG improvement to everyones’ sim experience to have a WW2 specific joystick that is a replica stick/grip of a specific warbird – Say a hurricane – and but also has a stable base with some actual secondary levers arranged at the front for things that need levers but that we currently use the key board for. So many benefits to this, for just one of many benefit examples, consider that the position of a lever assigned to prop pitch is physically knowable and intuitive while having to use key combos such as RSHIFT -,+ means you generally need to look at the percentage increase or decrease on a info window to know what your prop is at. You need to look at this. But if you have a lever you just feel what position its at and you dont need to take your eyes off the sky/target etc.  Real life warbirds have the standard hinged type levers and push-rods levers for things like mixture and radiators so these should be found on Warbird replica joysticks.

Dont get me wrong Im not calling for 1001 new functions crammed onto the unit’s base – no, just a few really important levers that could actually be added there. As an example, look at the unit I currently use: Logitech Extreme 3d Pro, and ask yourself “How would I improve this?” if I was going to improve it Id add 5 more levers like the existing throttle lever and I’d arrange them at the front (as in closer to the PC monitor screen) of the unit, on the base and they would correspond to water radiator, oil radiator, prop pitch, mixture and flap. Some of these could have smooth action, while others would need specific format of movement such as a flap lever would need say 3 positions ie up, and the following ‘click-in’ or ‘click-to’ positions down: 10 Degrees, 20 degrees, and 30 degrees. (This would cover most aircraft’s flap arrangements very well). Also some bumps could be located on the base near the levers which would indicate – by feel – the various position of the levers. 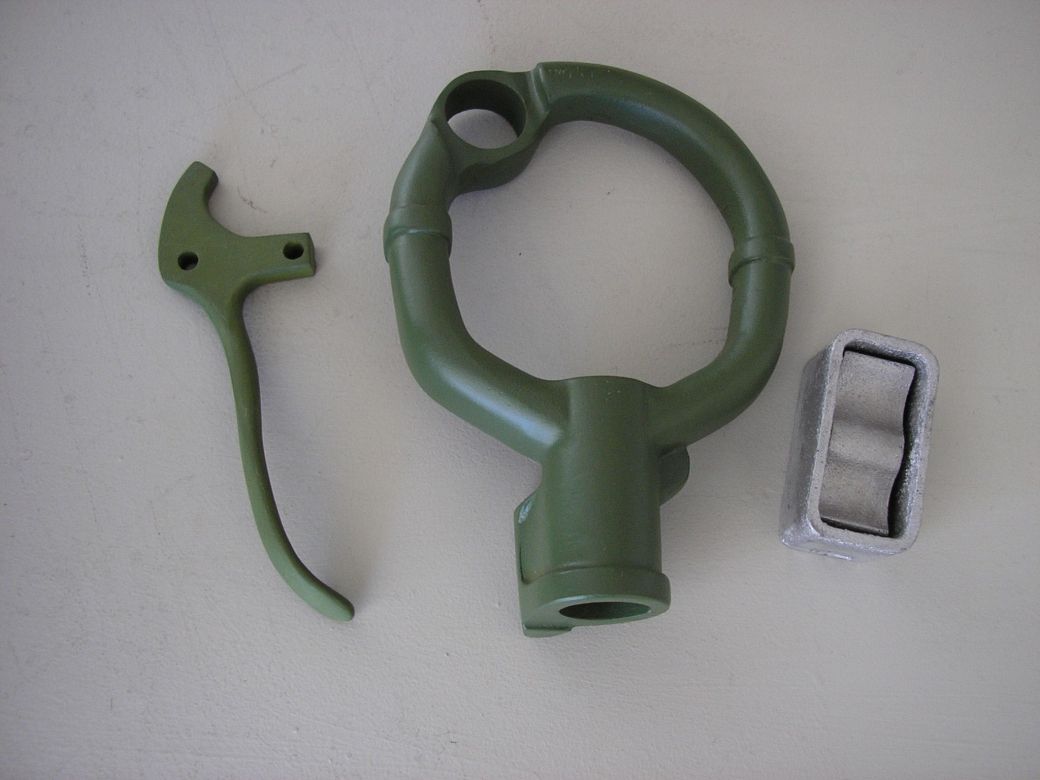 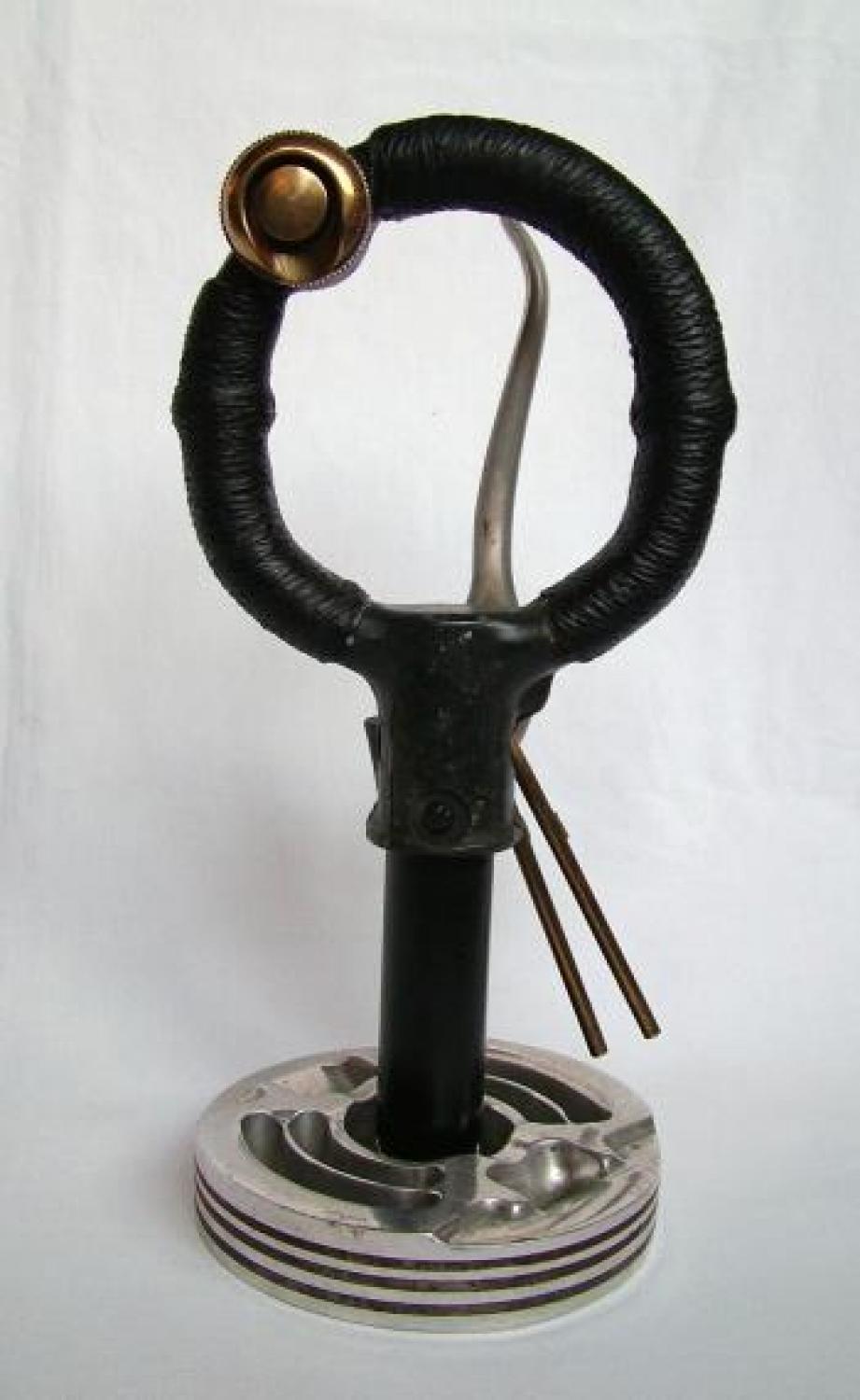 As to manufacturing: why not utilise all the latest technology available such as 3D printing of the grip and base-plate. The electronics is probably pretty standard off-the-shelf components by now.Heck you could even study the real joysticks and build them as per those materials – probably aluminium rubber and leather with bakelite.

I just watched it for 5 minutes – it looks entertaining. Also looks like the whole series is on Youtube.